Usually when someone describes something as eye-popping, they just mean astonishingly or strikingly impressive. But in the case of the black margarita at Faro Tapas, the new restaurant in Australia’s Museum of New and Old Art (MONA), they mean it quite literally. 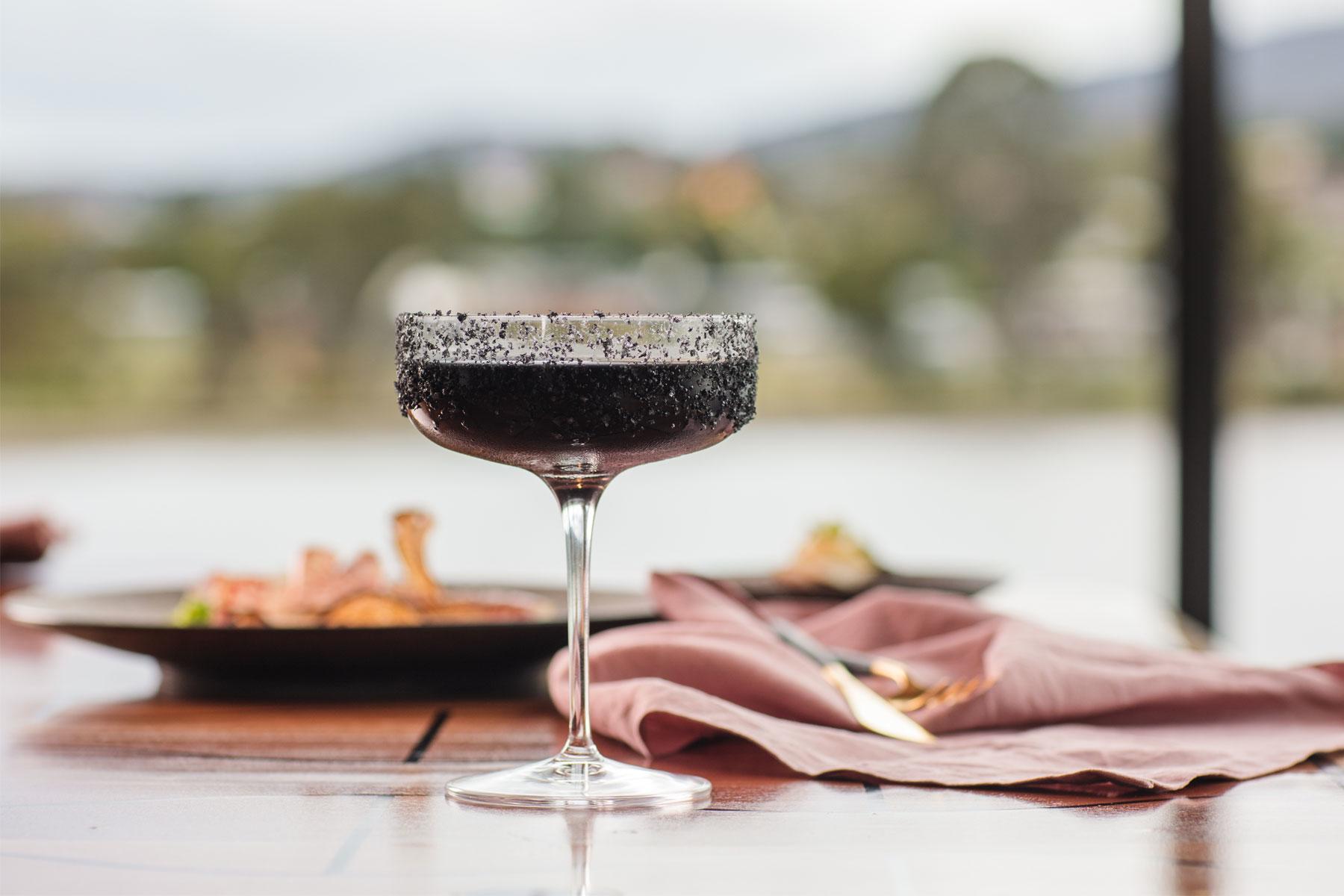 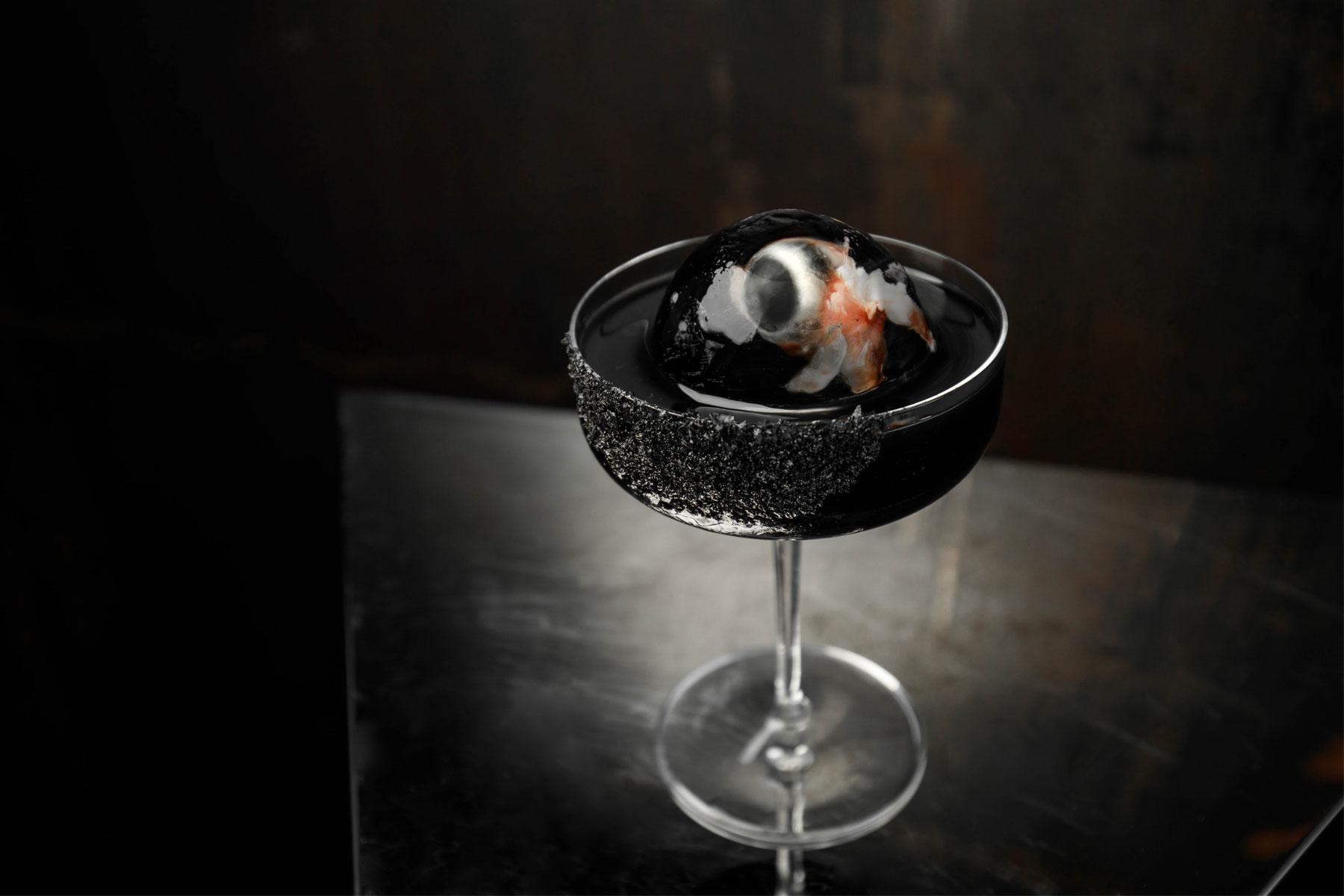 The cocktail was created by MONA mixologist Adam Turner to promote Eat the Problem, a new recipe and art book about using invasive species in food and in art. This version of the traditional Mexican cocktail is tinted with charcoal powder, rimmed with black salt, and topped with a frozen, feral boar’s eye—just in case drinking charcoal wasn’t quite goth enough for you.

Every dish, artwork, and page in Eat the Problem is a single color comprising a rainbow, hence the black shade of the boar’s eye margarita, said Kirsha Kaechele, the curator of Eat the Problem.

“Eat the Problem is the act of transforming a flaw into a feature, s— into gold,” Kaechele said in a blog for the museum.

She describes the book as a mad, surreal missive, full of creative writing, scientific research, and industrial design. It features humans as the central pest.

“This year at MONA we are solving all problems by eating them,” she said in a Griffith Review article. “We have decided that, being human, and therefore the biggest problem, we should make up for our evil existence by out-parasiting the parasites. We won’t eat tapeworms, but we’ll feast on a plethora of ecological disasters, each a delicacy.”

INSIDER TIPMONA is located in Tasmania, number 17 on Fodor’s 2018 Go List. Find other things to do besides eating feral boar’s eyes in the area in Fodor’s Tasmania Guide.

But does bringing awareness to a problem actually create another problem? For most, the idea of eating eyeballs seems inhumane and even immoral. The eyes are a central feature of the face, showcasing emotion and feeling, a key factor of reading body language. Some call the eyes windows to the soul. Perhaps that’s what makes eating pig eyeballs seem so much more unethical than a piece of bacon at brunch.

For MONA owner, David Walsh, that’s the point—clarity of intent. He wants the audience to ponder why meat for food is okay, but meat for entertainment or ritual is not.

“You might argue that eating meat is part of our biological basis, so it can’t be immoral, he said in a MONA blog. “Well, half a billion people don’t eat meat, so it isn’t necessary to eat meat. And, as I’ve argued in On the Origin of Art, art is also a biological necessity. In my opinion, people consume meat because they like it, and they consume art because they like it. When art (even accidentally) makes explicit what eating meat entails (slaughter, pain, blood, guts) [people] don’t like it.”

The shocking garnish choice isn’t much of a surprise considering MONA also brought poop machines into the art world.

If you’re not into “eating the problem” or eating eyeballs, take the advice the waitstaff provided to an Australian food critic and drink the cocktail quickly before the ice completely melts.

INSIDER TIPIf you’re looking for other eyeballs to sink your teeth into, Iceland is known for eating sheep’s eyes. Find things to do in Fodor’s Iceland Guide.

So cheers, drink up and don’t forget to look your drink straight in the eye. After all, if you don’t make eye contact during a toast, it might bring you seven years of bad sex according to European superstition.

#NotBadNews: You Wont Believe Whos Been Declared an Essential Worker

18 Ultimate Things to Do in Kuwait